Day 4 was a long one for poor Squi. Kaz and John Jack were teaching and in meetings a lot of the day and into the evening. Some of the time I was able to take him out and walk around and try not to get lost. We came up with a game where we would walk and every block or so I would take a photo of where we came from so we could find our way back. Much better than bread crumbs. I still am not sure how to do it in a way that shows me where to turn left or right unless I make notes. I’m working on it.
Squi enjoyed this game and wanted to play it everywhere we went in Japan but it doesn’t work so well on a bullet train!

It was mostly a day of sitting and trying to behave while Kaz and John Jack lectured but since Squi is only 4 and I have such a juvenile sense of humor, we are dangerous to have around for any length of time. 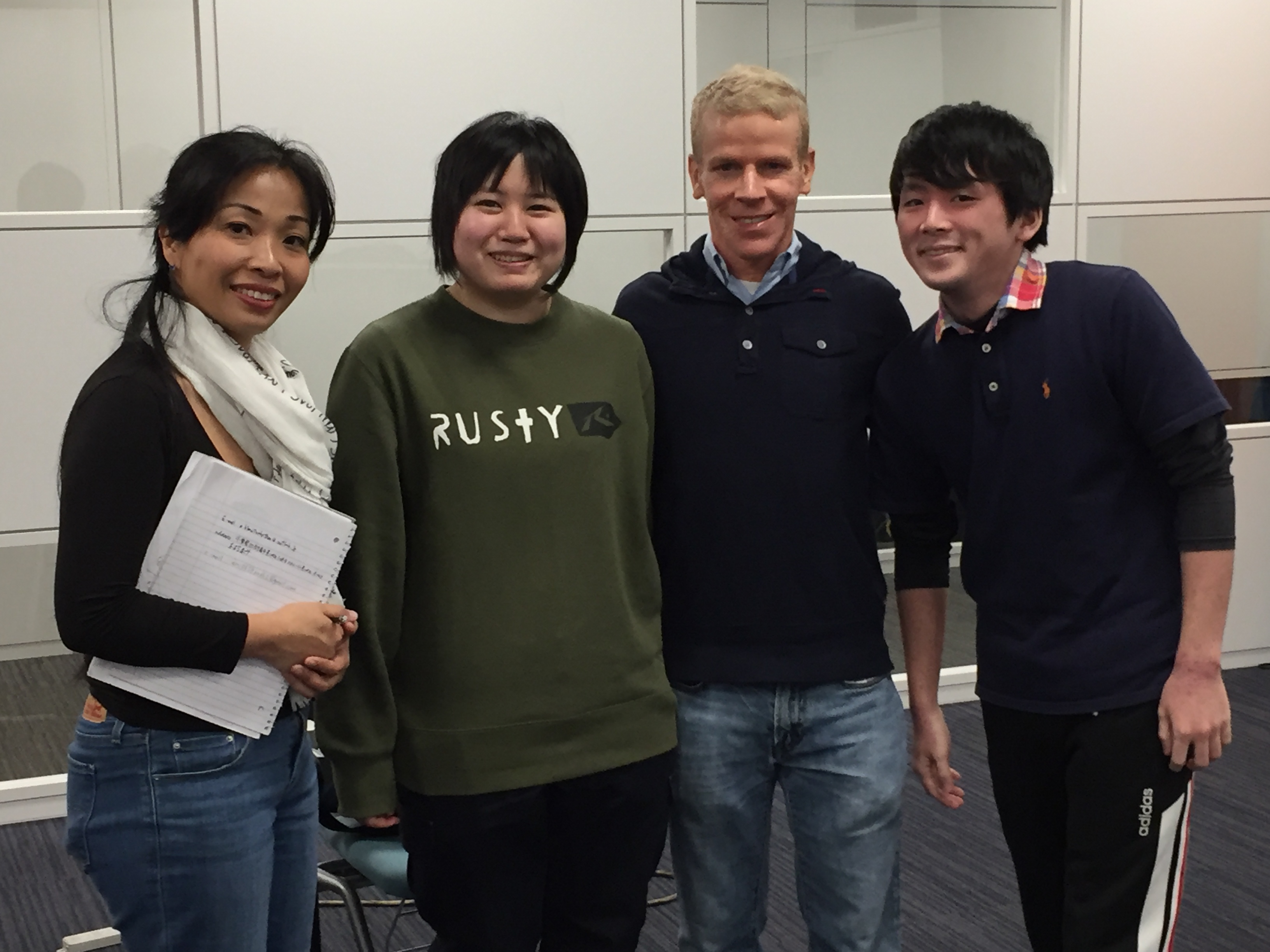 Squi got so bored he fell asleep, which is not a good thing to do around us. We have a tradition of, when he goes to sleep in a public place, we stack things on his forehead and take a photo. We have tons of photos of the poor little guy passed out with various things stacked up. I’m not sure what these things are – maybe mochi or rice cakes or some kind of cookie. The stack fell over twice and hit him in the face before we got it to stand but he never woke up. 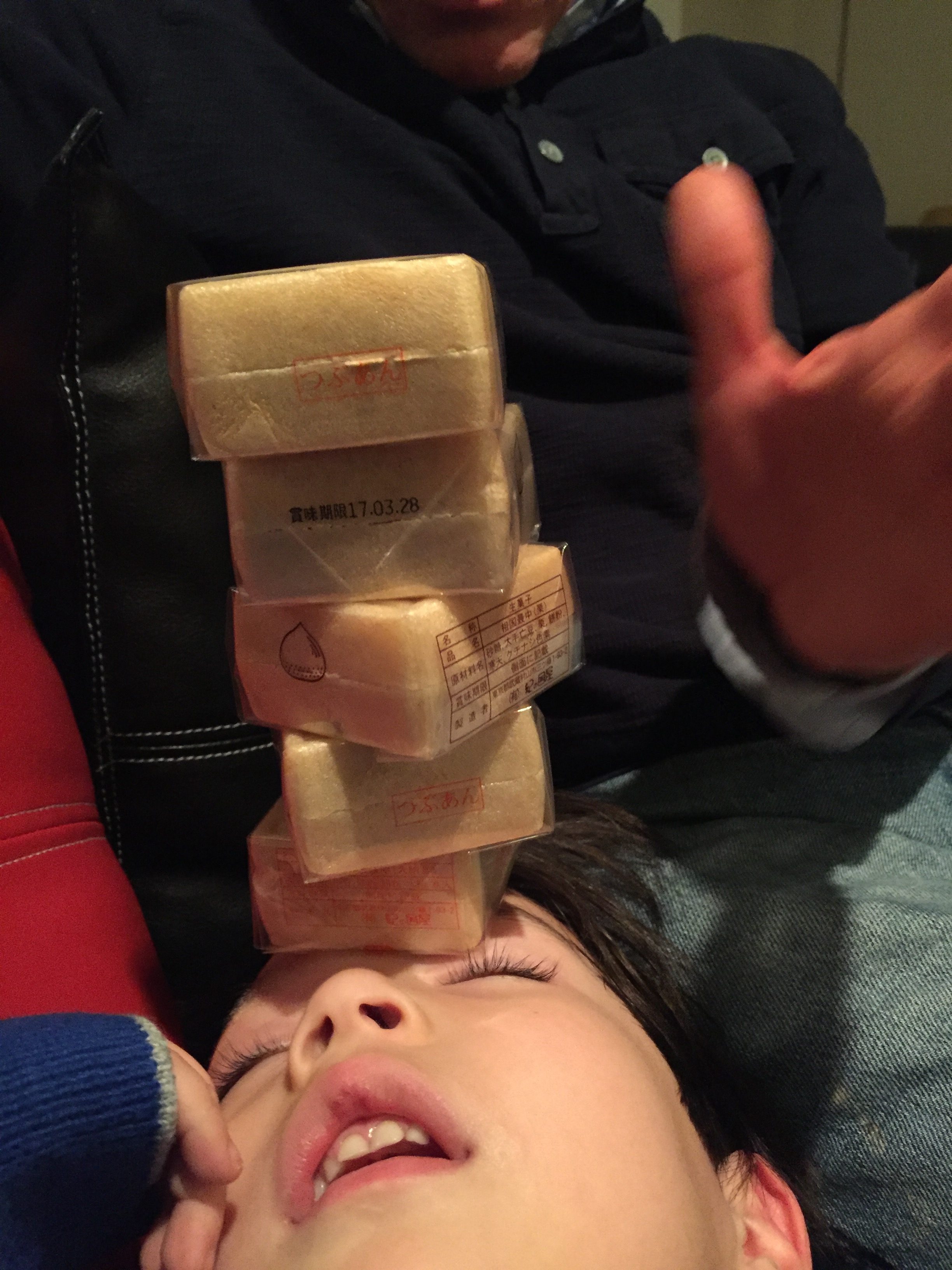 Kaz and John Jack spoke to some students at Digital Hollywood and it went so well, they were invited back to have a meeting with the head honcho for future projects. I think it will be a great connection and students from there are going to come take some cases at the Stella Adler Acting Academy here in Hollywood. John Jack is quite the statesman. Stella Adler couldn’t ask for a better PR person than him, especially if Kaz is along also…quite the team. Although I will say, John Jack in his tireless ambition is happy to hang out and answer all the myriad questions that actors throw at him. Being from the South, he answers in a way I would call “thorough”. Sometimes this thoroughness goes on for a while, at which point some of us who shall remain unnamed would remark,”Jesus Jack!”. After a few days of teaching and meetings, he became known as “Jesus Jack” and now owns a special pair of chopsticks with his new name on them. Well earned, my dear friend!

The best tour advice always comes from the cab driver.   So after the workshop, we hopped on to a cab, and asked him “Take us to the best steakhouse that is open this late!” 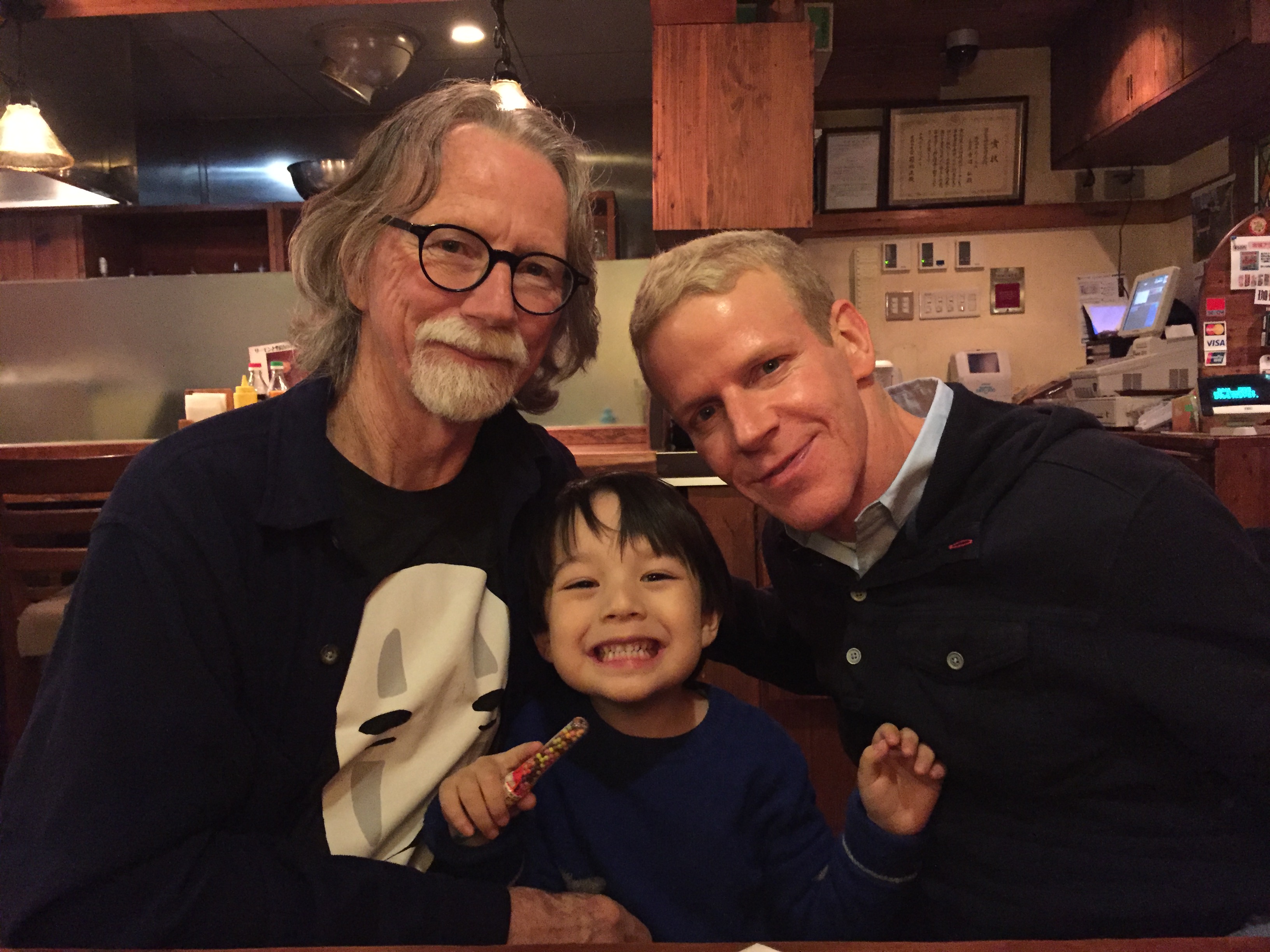 Back at our Air BnB, we chatted more about future plans and went to bed happy and full of amazing Japanese food and sake!